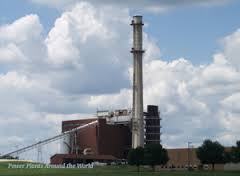 (Richmond, IN)--A fire department response to Richmond Power & Light Tuesday night looked like a much bigger deal than it turned out to be.  "It turned out to be absolutely nothing," said Richmond Battalion Chief Eric Holmes.  A hopper in a coal bin caught fire and the material was pumped out by RP&L crews.  "They pumped it down into a truck and took it out and dumped it in a field.  That's it," Holmes added.  The initial call came in at around 9 o’clock Tuesday night.  Firefighters remained on the scene for more than three hours.