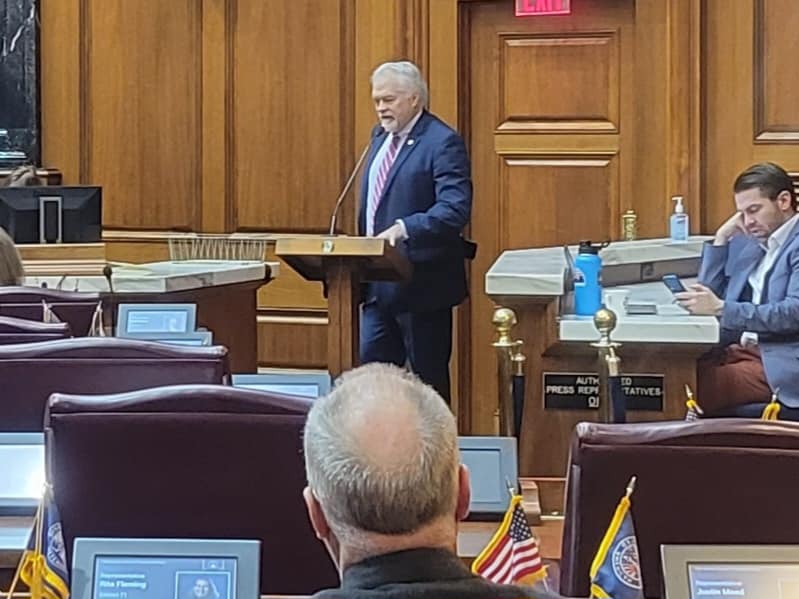 (Indianapolis, IN)--Tuesday at the Indiana Statehouse, a resolution was introduced to officially name the US 27 overpass over I-70 for Richmond Police Officer Seara Burton.  State Representative Brad Barrett introduced the resolution.  Mayor Dave Snow and RPD Chief Mike Britt testified before the House Committee.  The resolution passed unanimously and will soon be heard by the Senate, where it is also sure to pass.  "People all of the Midwest or all over the United States - when they pass through that intersection - will know that a hero from Richmond, Indiana fell," said Chief Britt after Tuesday’s hearing.  It will officially be called the Officer Seara Burton Memorial Bridge.